Aloe vera is one of the most popular house plants around. The gel inside the leaves can be used for many remedies, including being used as a popular salve for burns. As a result, it is a perfect, low maintenance succulent for the indoor garden.

Growing Aloe Vera is Perfect for the Beginning Gardener

Aloe vera, or aloe for short,  can be a tough and productive houseplant making it perfect for the beginning gardener. It is tough because it is hard to kill due to  its tolerance of neglect when it comes to water and fertilizer (which is lucky for me). Productive because it readily sends up offsets or “pups” with minimal care. You can be swimming in aloe, in your sunny kitchen garden, if you aren’t careful.

(You will find ads and affiliate links that I may earn commissions from if you make a purchase. It will add no cost to your purchase and it helps support this website in a small way. Every little bit helps! Thank you for your support.)

This is exactly what happened to me over the last two years. I remember when my friend said, “take a couple of these baby aloes, you need them.” I thought I needed them, sure. I had aloe before but it was a long time ago. How could I remember 30 years ago?

Isn’t Aloe Supposed to be Indoors?

Depending on the variety of aloe you find, will depend on how tough it is. The variety I was given was one of the tougher ones. How do I know? Because I forgot about the aloe pups my friend had pulled from the pot and wrapped in moist paper towels. I placed the young bare root plants in the back seat of my car, and promptly forgot they were there. Until the next morning when it was about 25 degrees Fahrenheit. They were surely dead. No way a bare root aloe plant could survive that.

Both of the small plants had 3 leaves each. The most inner leaf, the tiniest leaf, still looked mostly green. The other two leaves looked reddish purple on the very ends and mostly green towards the center. I had little hope either of the plants would survive. The frost damage looked bad but it hadn’t worsened over the next few hours. What would it hurt to tuck them into a container, and see what happened?

Aloe Vera is Geared for Survival

You guessed it, both damaged plants survived. The damaged parts may have turned brown and shriveled, but I was celebrating that the intact parts of the plant recovered and grew. And grew. And grew some more.

Both plants were placed in their own small pot and placed in my east facing window. Soon they had six leaves, then eight, and it was past time to repot them. That was when I asked another friend of mine if she “needed” an aloe. Because after all, we all need at least one.

“Of course,” she said, “I don’t have one right now and I needed one just the other day when my son burned himself in the kitchen.”

I celebrated again! Not because her son now had a burn with no aloe gel readily available. My celebratory fist pumps were purely selfish. I could now reclaim some space in my indoor garden once she took the extra aloe plant for her own kitchen garden. Yes!

Fast forward another year and my one remaining plant had gone crazy. Several pups were trying to squeeze up past the huge leaves of the mother plant. It was past time to repot it. And when I use the term “repot” I was also thinking “divide.” Because the pups needed their own containers as did the mother plant.

The mother plant was already huge, with thick leaves that stretched about eight inches on either side of the center. When watered, excess water would drain out of the pot quickly which is an indication that the pot is filled with mostly roots and not enough soil. This is a normal progression of potted plants, particularly ones that grow as quickly as aloe.

As I carefully removed the pot, trying to avoid the sharp spines on the large leaves, it was obvious this plant was more than pot bound. It was surprising the plastic container didn’t burst from all the roots!

It was quite a process to separate the three offsets from the main plant because the roots were so intertwined. It was really just about unwinding the outside roots gently enough so most of them didn’t break. As long as you don’t get a pair of shears involved at this stage and take your time unraveling them, you will rarely damage the roots enough to kill the plants. Remember, they really are pretty tough.

Fitting the Roots in the New Container

As you can see from the photos, the length of the roots of the offsets and the mother plant were quite substantial once they were separated. One of the offsets was already sending out a new pup! Yes, aloe can be very prolific even when you neglect them.

At this point, I was mired in controversy. Do I trim the roots or not? Some people will say never trim the roots. As you may have read in my other posts, I’m not one of those naysayers. If you don’t trim the roots at all, you’ll need a huge pot to fit all of the roots to prevent the plant starting out with roots winding around like a huge root tornado. I trimmed the roots enough to fit into the chosen containers.

There is no art to root-trimming. You can consider it a haircut. Be sure to check for any rotten and dark roots that need to be removed. The healthy roots will be firm and have thicker portions with smaller “hairy” roots extending out. When choosing where to start cutting, be sure that there are several “hairy” parts that will feed the plant.

The mother plant I chose to treat a bit differently. Yes, I trimmed the roots as I described. It was so top-heavy though, I also removed several of the bottom leaves, mainly the ones that were curling and twisted and would interfere with the pot. It also needed a larger pot of course to help support its size. Once I found a better container for it, I probably trimmed off between four to six leaves from the bottom of the plant.

Each leaf that I removed from the mother plant was cut close to the center stem and I was able to harvest plenty of aloe gel. At this point, it was decision time. Do I plant it deep and cover up the stalk to the depth of the remaining leaves? If I did that, the leaf scars would be below the soil line offering an avenue for rot. If I left the stalk exposed, it would create some instability in the container and it would be easier to tip over. I decided on a compromise.

I allowed the mother plant to stay out of soil for several hours longer than the smaller pups. This would give it a little more time to dry the leaf scars. Do I recommend this treatment? Not necessarily. It was an experiment to see if it would survive. Considering what it had survived up to this point, it didn’t seem very risky. And if the experiment failed, I had three other aloe plants growing like gangbusters.

Where to Grow Aloe Indoors

Since these plants would take up so much room in my east and south facing windows, I kept them downstairs under lights. Don’t make this mistake. The light spectrum was less than ideal for aloe and the leaves on every plant started to turn a reddish hue. Had I killed them? Could I save them? 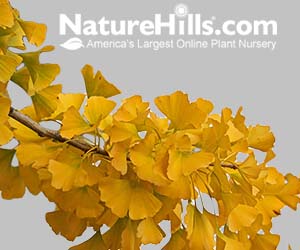 A quick shuffle of plants in the windows to make room for the four pots of aloe was needed. Since I keep so many of my houseplants outdoors during the growing season, I always have to move some to the basement to grow under lights and continuously rotate them from different spots in the house. I just didn’t realize that aloe is not a fan of artificial light. Not surprisingly, only three days later, and the leaves were almost entirely green again. Amazing what a little sunlight will do, even if it’s only streaming through a window for several hours a day.

In the end, everything survived. And grew and grew and grew some more. Remember the offset that had a baby already started below the soil surface? I planted it as it was growing and left the new pup buried in the new pot. It took about a month to reach the surface! That was pretty fast!

A few months, and a lot of growth later, I was once again able to find new homes for the smaller plants with the help of my local Facebook gardening group. I didn’t think anyone would want to be cursed with the size of the mother plant. She still sits happily in my east facing window, pushing other lessor plants out of her way.

I know I was neglectful in delaying the repotting process for these plants, but I don’t want you to be scared if you are ever faced with a similar situation. It is a very forgiving plant to grow which should warm the heart of any beginning gardener. Inevitably, you’ll need to divide and repot your aloe vera. Don’t fret about trimming roots to help them fit into a pot. And if your aloe has gotten to a gargantuan size, consider trimming off some of the bottom leaves, harvesting the gel inside. If you run out of room in your container garden because of all the divisions from a mother aloe plant, remember to reach out to your local social media groups and see if anyone “needs” an aloe plant. Because everyone needs at least one. Don’t they?